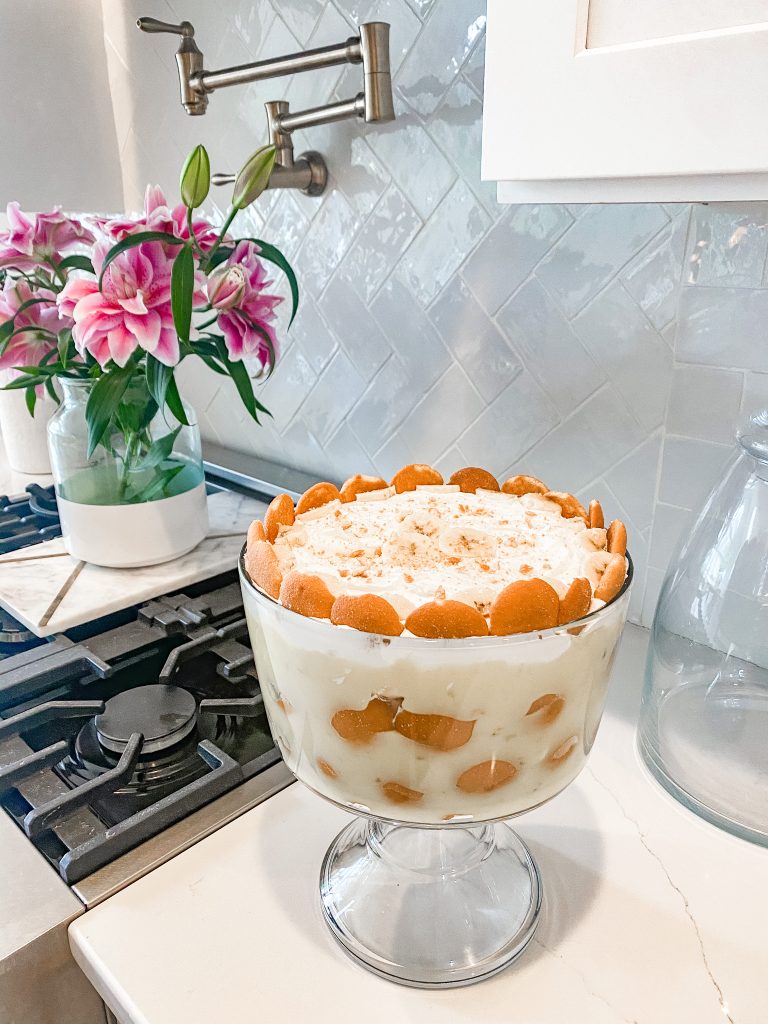 This banana pudding trifle has been a go-to Summer dessert for years! I started making it back in college at the University of Georgia, and it became a requested “crowd-fav” for cook-outs and Summer get-togethers. The best part is that it’s easy to make, looks pretty and always feeds a crowd!

Whole milk {whole milk makes the pudding SO much creamier than low-fat!}

5-6 bananas {not too ripe!]. Two bananas will be mashed, the rest thinly sliced for layering and garnishing.

Mix together Vanilla Pudding Mix and milk per directions in a large bowl and refrigerate at least 5 minutes.

Mash two bananas and mix into pudding well, once pudding has set.

{I like to decorate the sides of the trifle with Nilla Wafers and bananas as I go!}

Repeat layers and end with a thick layer of Cool Whip.

Garnish top however you want! I like to stick Nilla Wafers all around the outer edge of trifle bowl, add a few bananas to the center and then crumble Nilla Wafers over top.

Keep refrigerated until serving. I recommend serving within 4-5 hours of making! This keeps great in fridge for a few days for leftovers, too.

P.S. Our trifle bowl broke in our move last year, and I just bought this new one at Target. The size is perfect, and it’s pretty to keep on display, too! 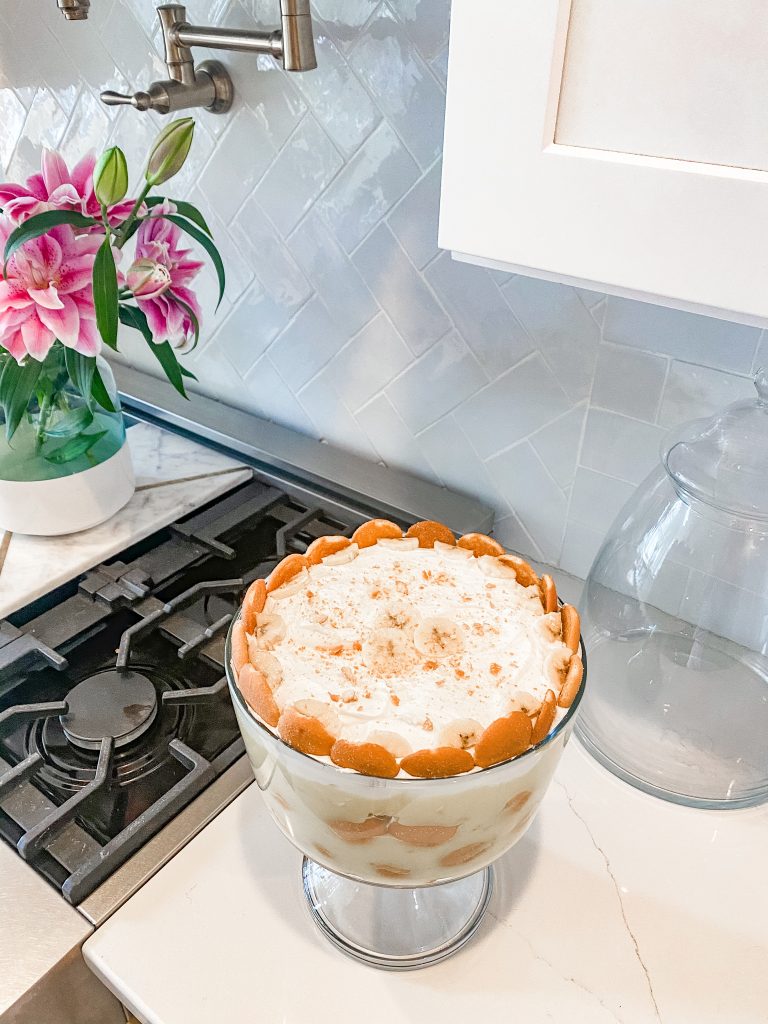 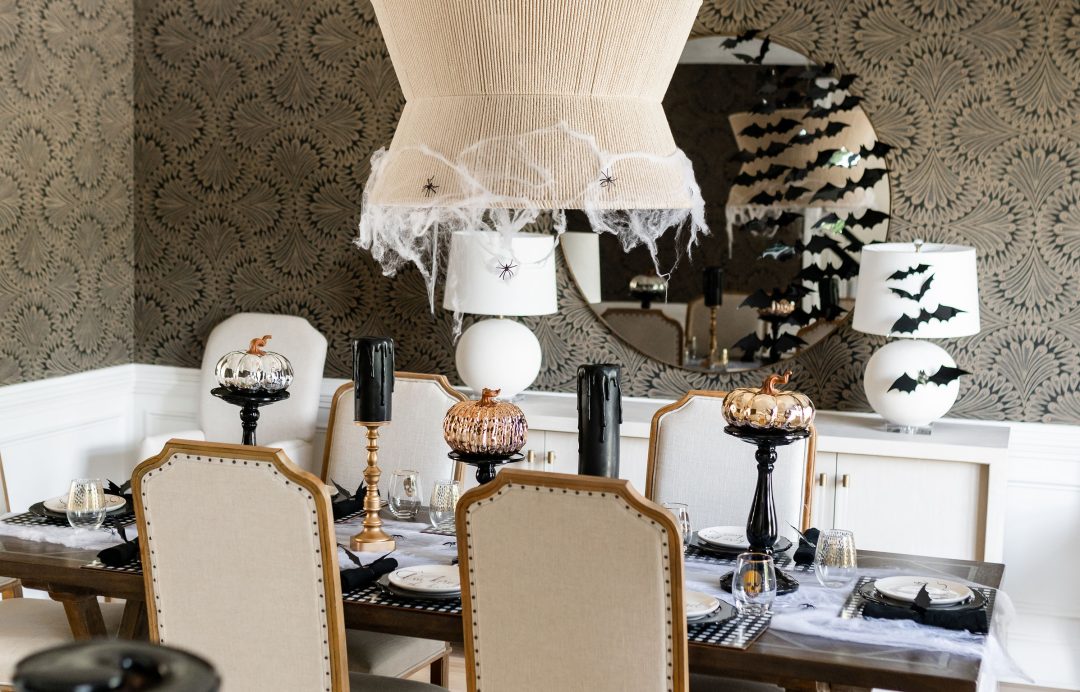 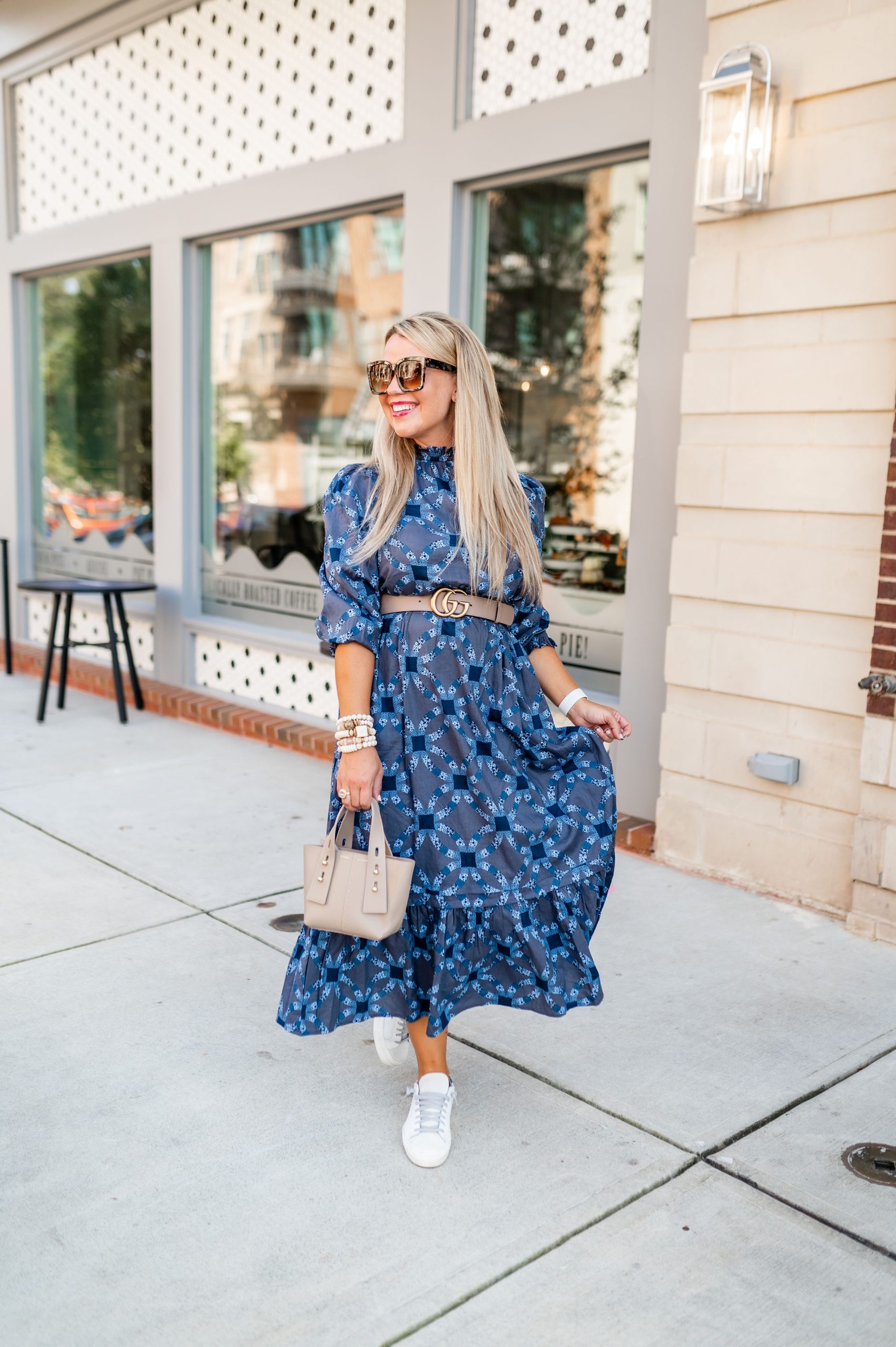